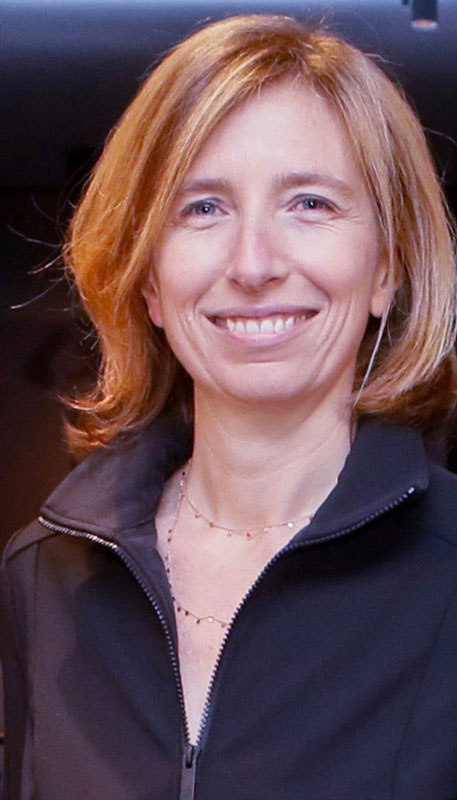 After graduating from Oxford in England and Dauphine in Paris, Sophie Lacoste entered the Lacoste SA board in 2004, where she remained until 2014. The story of her grandfather René Lacoste, and that of her family, initiated her passion for the company.

At the end of 2012, when the family business was sold, Sophie Lacoste and her brother Philippe decided to embark on a new entrepreneurial adventure. In December 2013, they purchased Fusalp, a company to which Sophie is the administrator. The challenge was to revive the brand in France and abroad and establish its legitimacy on the slopes and in the city.

After graduating from ERACM (French National Drama School) in 2003, Sophie Lacoste also performed as an actress and directed her own theatre company for almost 10 years. Equally passionate about both the artistic dimension and the political and social implication of her vocation, she drew from her artistic journey the roots of her philanthropic ambition.

In 2006, paying homage to her grandfather, whom she was very close to, she created the René Lacoste Foundation which helps young people find a new path through sport. She chaired the foundation until 2014. Sophie Lacoste is now President of the Porosus Endowment Fund, a family fund created in late 2012 dedicated to the emergence of young talents in the artistic and sports fields. This Fund works in particular by providing writing grants to directors of feature and short films, production grants to theater companies as well as grants to students in national art schools. It also supports sports projects including golf, horse riding, surfing and dancing.