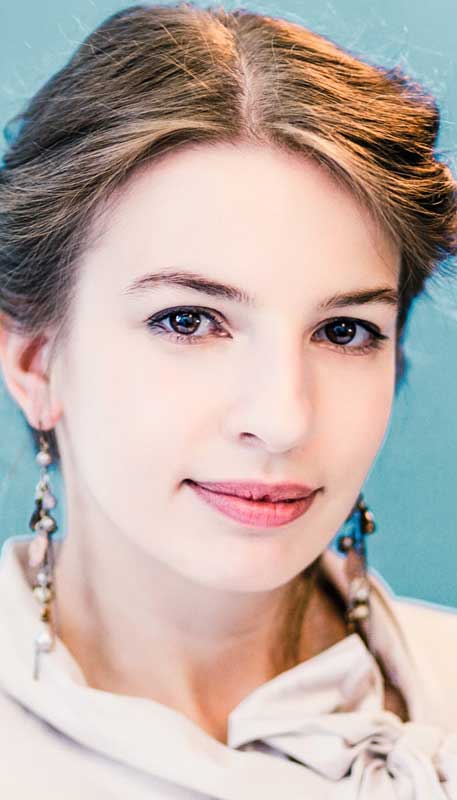 Marina Weisband has a degree in psychology and is active in political education. She is an experienced speaker in the fields of political participation, privacy, digital society, media and crises. As the face of the German Piratenpartei, she gained nationwide fame. Marina Weisband was born in 1987 in Kiev, Ukraine. Six years later her family moves to Germany in the course of the regulation for contingent refugees.

Weisband graduated from high school in Wuppertal in 2006 and received her psychology diploma in Münster in 2013. At this time she was involved in the Wuppertal Parents’ Association 3×3 e.V., which looked after migrant families, on a voluntary basis.

From 2011 to 2012 she was political director of Piratenpartei in Germany, where she was responsible for forming opinion within the party and for external representation. In 2012 did not stand for re-election to write her psychology diploma thesis on value systems of Ukrainian children. Weisband’s political priorities are education and civic participation.

In her book “Wir nennen es Politik” (“We call it politics”) she describes the possibilities of new democratic forms through the use of the Internet for newcomers to politics.

Since 2014 she has been leading the project “aula” at politik-digital e.V. for political education and liquid-democratic participation of pupils in the rules and affairs of their schools.