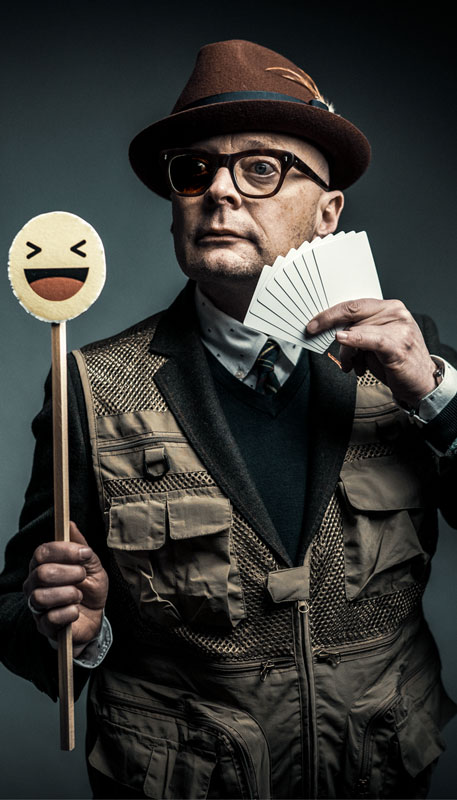 Marcus John Henry Brown is a performance artist based in Munich. Born the son of lorry driving Scotsman, Marcus moved to Germany in 1993 having studied Art & Social context at Dartington College of Arts. He has over 25 years of professional communications experience and splits his time between mentoring young creatives, answering questions about the future for brands and creating performance art that hacks business contexts. He has created a series of critically acclaimed performances that look at the relationships between and impact of technology, culture and commerce on society.

A Wicked Pack Of Cards (Premieres in Berlin 2020)
A performance based upon T.S. Eliot’s epic poem The Wasteland. It features film, live performance, deep fakery, music and a wicked deck of cards. It is an exercise in urgency. The performance is a ritual, a modern-day liturgy for the techno-heathens. It is based on this poem.