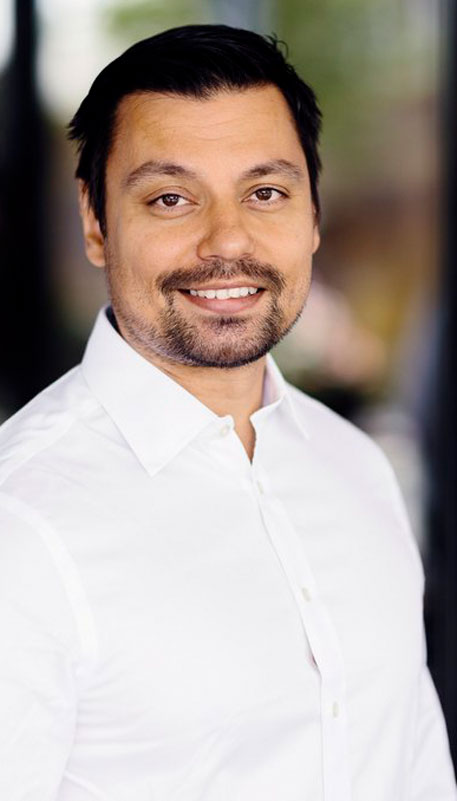 Aslak de Silva is a Finnish business executive and a keynote speaker who specializes in leadership development, sales, and marketing. He is currently the CEO of Nordic Business Forum, a position that he took over from Co-Founder Hans-Peter Siefen in March 2018. He also serves as a board member of Differo, Oslo Business Forum, and the Nordic Business Report.

Previously, de Silva served as the Chief Revenue Officer at Naava, a Finnish producer of air-purifying “green walls” for interior spaces, leading international sales and marketing teams in Europe and USA. Prior to joining Naava, he held sales management positions at a number of major Nordic publishers, including Keskisuomalainen Plc, business newspaper Kauppalehti, and the Sanoma Group.

He began his international marketing career at Diageo in Ireland, where he marketed Bailey’s to the Americas. He later moved into content marketing with Mediaplanet, serving as the country manager for Finland.

Parallel to his professional career, de Silva also has nearly 20 years of experience as a practitioner and instructor of Han Moo Do, a Korean martial art, winning the world championships in Michigan USA in 2000 (Hoi Jeon Moo Sool). In 2003, he helped establish the sport in Norway, later expanding to Sweden and Denmark.

He holds a master’s in international management from the Graduate Business School at the University of Gothenburg where he received the best thesis award (Malmsten Award), as well as a bachelor’s degree from the JAMK University of Applied Sciences. Before starting university, he served as a peacekeeper in Kosovo with KFOR.